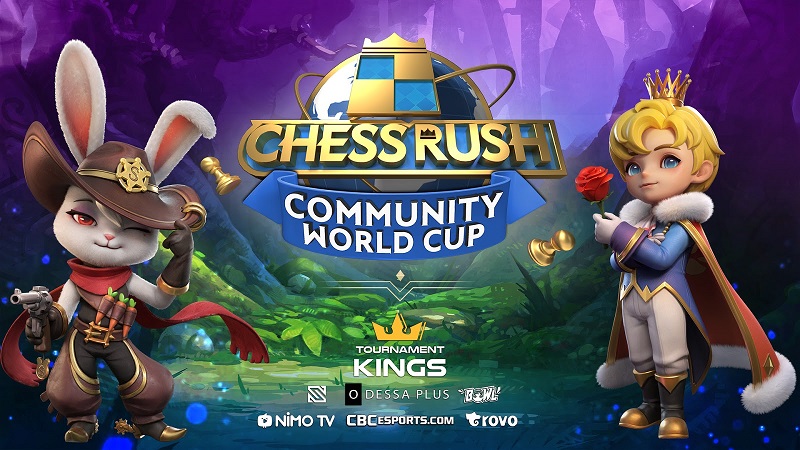 Chess Rush, â€‹the autobattler from Tencent Games, celebrated its first anniversary in great style with the release of a dedicated song named “Three Star Crush”, written and composed by Jonathan Mann, Season 7 adding new heroes, board skins and cosmetics based on the holiday theme “Summer Chess” and most importantly, the partnership with â€‹the american platform Tournament Kings leading to the first Chess Rush Community World Cup with a prize pool of $1,000 USD. â€‹

Organized by Odessa Plus with the support of the Indonesian eSport provider Bowl League, Brazil eSport provider CBC e-Sports and digital payment platform Pagsmile/Smile One, the tournament accepted teams from all over the world. Registrations took place via the application posted on the official Chess Rush Facebook account. The top 32 teams were selected based on the World Ranking of the Guild affiliated with the team, the Individual World Ranking of Team Members, and past results from local tournaments and events. 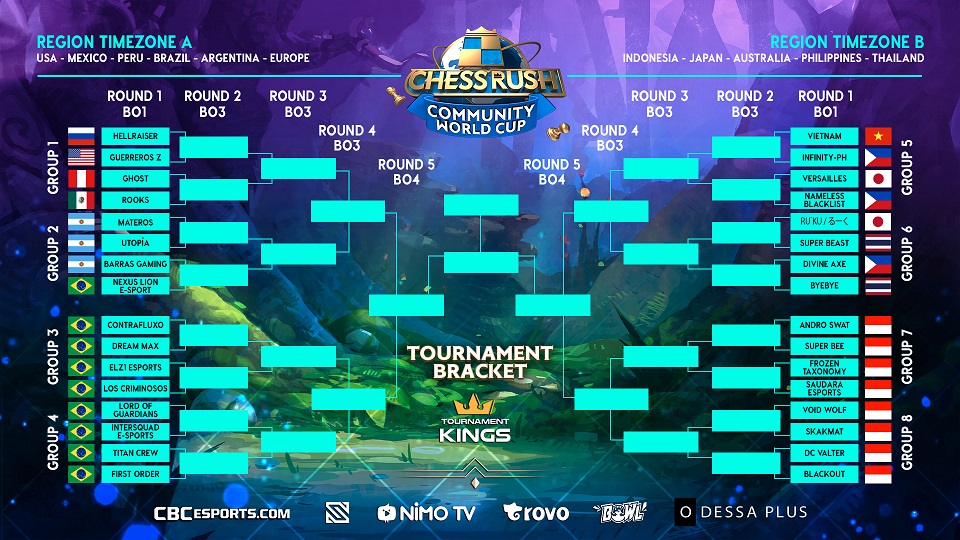 Rewards, such as Google Play gift cards and in-game rewards will be offered during the livestreams. Be sure to tune in!

Chess Rushâ€‹ is a turn-based strategy game for Android and iOS, with over 5 millions downloads on Google Play and the App store. The game has a roster of 50+ heroes and puts players against seven other people in 10+ minute matches. The game comes with unique heroes, high quality graphics, and different game modes. And last but not the least, the in-game purchases are only for cosmetics and the game is totally free to play. Time to make your winning move!

For more information, you can check out the Chess Rush Facebook Page: https://www.facebook.com/ChessRushOfficial

What is Tournament Kings?

Tournament kings's flagship product, Tourney Bot, will be the official tournament platform for Chess Rush through 2020 and the main sponsor for the official Chess Rush Community tournaments. Be sure to invite their bot into your server and run some Chess Rush events with your friends! For more information, you can check out Tournament Kings website: https://tournamentkings.com